Chinese medicine is a treasure. It is based on taking good care of oneself and living a gratifying and productive life. Health is strength and balance, within the individual and between the individual and the external world. When the body is robust and its functions integrated, the mind, the organs and the tissues are nourished and invigorated. Chinese medicine is life management and health management. It coordinates the distribution of blood, oxygen and vital nutrients, optimizing one’s ability to heal and to stay energetic and purposeful. Chinese medicine is of great value to the life of every man, woman and child and ought to be a cornerstone of everyone’s lifestyle.

What is Chinese medicine? 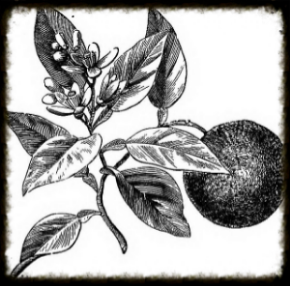 Chinese medicine was born in China perhaps before the founding period of China around 3000 BCE. It’s first and still most influential major medical work, “Huangdi Neijing” was written from 600-300 The earliest European exposure to Chinese medicine was recorded by Jesuit missionaries in the fifteenth century.

What is Chinese herbal medicine?

Chinese herbal medicine is both a cultural and a scientific phenomena. Chinese herbs have been used in Asia as a first line defense against acute diseases and to cure chronic diseases for more than two millennia. A great deal of experience has been gained over that time and commentaries and clinical guides are continually being updated. Scientists in Asia and the West have shown that herbs contain active chemical constituents that explain many of the actions claimed for them. Extensive Chinese clinical studies and research done in the last several decades in the West demonstrates that Chinese herbs greatly increase the effectiveness of western medical treatments and reduce the toxic side-effects of pharmaceuticals.

Chinese herbs have traditionally been prepared by boiling roots, branches, leaves, fruits, berries and crushed shells for long periods of time and drinking the pungent tea created. Westerners generally prefer the powdered or dried extracts of these teas which are scientifically prepared for standardization of active ingredients and for their more pleasant taste. In addition, tablets and capsules made from these powders and extracts are used.

Illnesses that arise suddenly and need to be treated quickly are normally treated for a period of one to 30 days. ‘Flu and herpes are examples. Acute active hepatitis needs fifteen to 30 days of treatment. Chronic diseases like hypertension, type-two diabetes or morbid obesity may require taking herbs for three months to a year or more.

How does herbal medicine work?

Chinese medicine is based on a time-tested tradition of principles to treat complex conditions of imbalance. For each condition or illness, the imbalance in the body is evaluated by whether it is categorized as: interior or exterior, hot or cold, damp or dry, excess (strong) or deficiency (weak). Herbal formulas have been carefully developed to reach the location of the imbalance. They are general in their action, require longer treatment time frames and must be taken in larger quantities than drugs, as they are not as potent or concentrated. Their effects are slower than drugs, but they are safer, in that they do not have the same potential for toxic side effects.

Chinese herbs are in general significantly milder, less concentrated and less toxic than western drugs. However, their effects are mediated by the same kind of pharmacological action which applies to western drugs. Let’s use garlic or Allium sativum as an example. Garlic is a kind of lily bulb in the same family as onions and chives, but it is a potent healing agent. Garlic’s best documented effect in modern medicine is as a blood thinner. (Admittedly, garlic is generally used as an ingredient in cooking and in Chinese medicine herbal formulas as a an anti parasitic agent, but a discussion of western pharmaceutical analysis of this common but exceptionally useful bulb is instructive). Garlic has this effect because it prevents the release of a chemical compound called arachidonic acid from the cell membranes and by preventing this molecule from turning into clot forming agents. It may also work by altering the distribution of calcium in platelets, agents which are involved in blood clotting. Garlic also helps lower blood pressure by dilating or widening blood vessels. It seems to do this in part by increasing nitric oxide which widens blood vessels. Garlic is also an antioxidant and free radical scavenger. Lots of research shows that the sulfurous molecules from garlic are good at preventing oxidizing agents and free radicals (atoms or molecules with unpaired electrons which can come from cooking or other sources) which can destroy healthy cells. This is why herbal preparations which contain garlic are thought to prevent cancer and other diseases.

Chinese medicine has been around for thousands of years, and has provided us with a unique approach to help prevent and treat disease. Western medicine and Chinese medicine ultimately rely on the body’s natural healing ability to maintain health and protect against disease. Both have the same goal of helping a person stay healthy. Western science tends to use drugs and surgery as needed. Chinese medicine practitioners use gentle needling and herbs. An appropriate combination of both systems offers the best opportunity for health and healing.

This Resource Guide contains links to articles and videos from the CDC, (Centers for Disease Control and Prevention), NIH, (National Institutes of Health), PubMed, Washington Post, New York Times, and medical, instructive and news sources from around the world.